How to check if a car is stolen?

How to check if a car is stolen?

No one likes getting their car stolen, or losing money buying someone else’s car. And you wouldn’t believe how often buyers end up with no car and no money after a deal gone wrong! The good news is that modern databases make such problems easy to avoid.

Often, running a history check on a car is enough to see if it’s stolen, but not always.

Criminals have many different ways to make use of these cars. Accordingly, there are several boxes to tick when trying to spot the scam. So, stick with us for a minute. You will learn how this notorious industry works and what are the most important tips for identifying stolen vehicles.

Can you buy a car without a title?

A car title is a legal certificate to prove the ownership of a vehicle in the United States. Usually, buying a car without a title is illegal because of possible theft or severe damages. However, the situation depends on the state.

Each state approves car titles differently. Sometimes, sufficient proof of ownership is all you need to get a title in your name. Make sure to check the law in your state before getting a car without a title.

Follow these precautions when buying a car without a title

A vehicle title proves ownership, so a missing title may mean legal issues. Of course, we’re all human – people often damage or lose things. Car titles are no exception.

With that said, it can be very difficult to get a car title if you didn’t get the vehicle legally. In short, a missing title definitely should raise a red flag. If you still can’t resist a great deal and your state allows buying cars without a title, take the following precautions to avoid costly problems:

Above all, take the necessary precautions to ensure the car doesn’t belong to someone else.

How to check if a car is stolen: a step-by-step guide 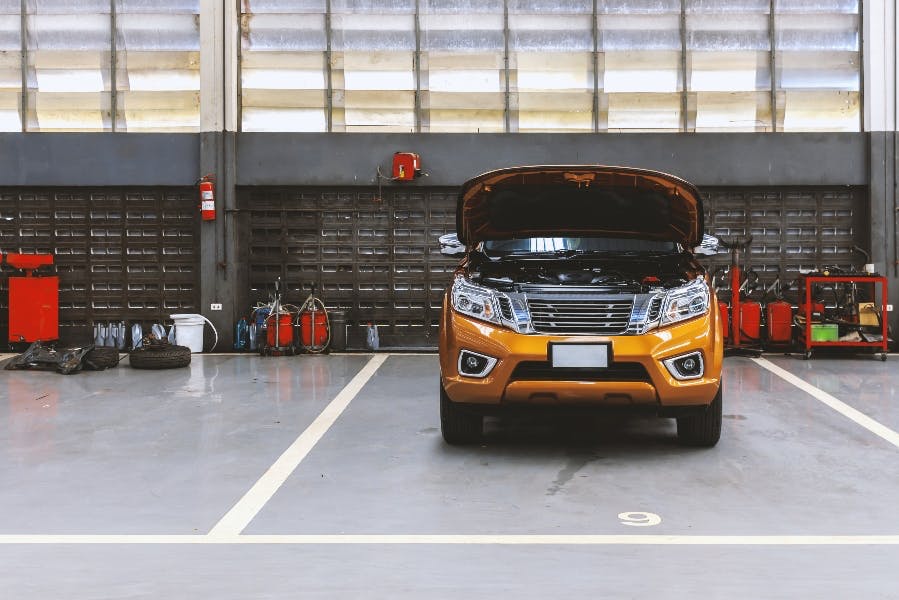 No one’s going to pat you on the back after buying a stolen vehicle. Someone is probably still looking for it, and either you or someone who sold the car to you is going to end up paying the price. Here are three things you must check to avoid such unforgiving situations.

1.Use a VIN number to check stolen car databases

As I mentioned in the beginning, you can get a unique history report by entering a car’s VIN number into the search bar. carVertical has access to many sources of automotive data worldwide, including police stolen vehicle databases, state registries, and insurance companies. So, even if the car was snatched abroad – we’ve got you covered.

Many countries have their own public databases, which are tied to police records and insurance companies. This is another effective way to find whether any vehicle title problems are present. You may need license plate numbers instead of a VIN, though.

If you come across a carVertical report for a stolen car, a warning message will appear under the THEFT tab. You will see where and when the theft was registered in the Spotted activity section.

2.Notice the condition of the VIN plates

Since getting a car history report is a great way to detect a stolen car, thieves will often illegally replace the VIN plates on the vehicle. This unties the car from the “stolen” record, and some institutions may even find the car legal afterwards. At that point, the vehicle is involved in even more serious fraud.

Tampered VIN plates are pretty easy to identify if you’re aware how the plates looked originally.

Car manufacturers use different types of fasteners – rivets, welding lines, welding spots, etc. The VIN plate shouldn’t be cut or damaged, and all characters should be clearly visible. If you’ve noticed that your friend’s Honda Accord has a VIN plate that’s fixed by rivets, this should be true in other Accords of the same age as well.

3.Check the car via a VIN decoder

The VIN can help in other ways as well – a vehicle’s VIN isn’t just a set of random characters. When divided into sections and decoded, it shows some primary data about the vehicle, such as its make, model, color, engine type, etc. Use a VIN decoder to compare this data to what you’re seeing when checking a vehicle – discrepancies warn about possible VIN tampering and theft.

Whether it’s theft or something else, VIN information issues often mean the seller is hiding information. In some cases, perhaps they’re just inflating the car’s value by adding non-existent features to the ad.

4.Make sure VINs match all over the vehicle 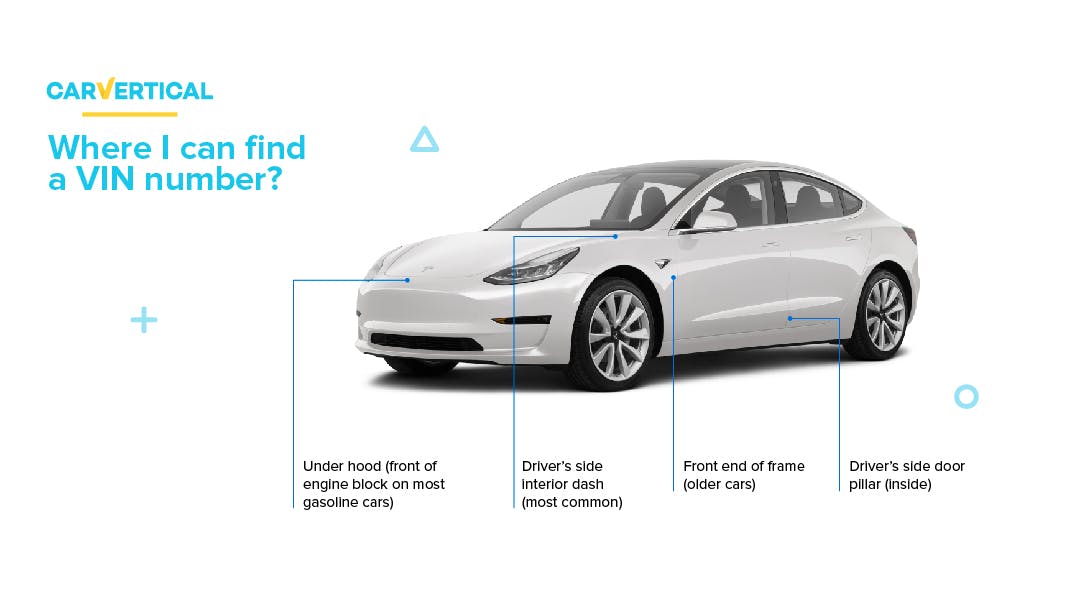 VIN numbers usually are placed in a few common locations on the car to complicate tampering:

Let’s say somebody somehow managed to slip mismatched VIN numbers through multiple checkpoints. Now, you’re the last link for his evil plan to be completed. Take your time to find all these numbers and compare them to one another and to the one on the insurance certificate/vehicle registration. If you’ve found different VINs, this may be a stolen car and not worth the price.

In this case, you should inform the police as soon as possible! Even if the car is not stolen, tampering with the VIN code is considered fraud in most places.

How do people get away with selling a stolen vehicle?

Stealing a vehicle and legalizing it seems difficult to pull off. However, professional thieves are well aware of legal gaps and how to sneak through them.

There are 3 main ways that car thieves are able to sell their stolen goods:

Checking VIN codes still isn’t the norm on the vehicle market. That means sellers can (and often do) find buyers for stolen cars and motorcycles. Simply put, if you don’t check the VIN when buying a used car, your chances of detecting a scam fall dramatically.

Have you seen those burnt-to-the-ground cars that are still being sold for thousands of euros? These cars are literally destroyed, and there’s no point in restoring them. Yet, some folks still bid large sums of money on them.

Well, many of these bidders are fighting for VIN plates only. They may be planning on stealing a car soon, and now they need a legitimate VIN plate of the same model to lose the “stolen” title.

While many such criminals get caught quickly, some cars shift from “stolen” to “clean” in a matter of hours.

Other thieves just do the simple thing and scrap the cars for parts. A huge proportion of used car parts are taken from stolen cars due to shady businesses known as chop shops. Some drivers even install tracking chips into the expensive bits, like headlights and media players.

While avoiding buying parts from a chop shop can be more difficult, not falling for a stolen vehicle is a lot easier. As long as you don’t skip getting a VIN check, you should be completely fine.

What information can you find in the VIN report & what to do with it?

This information can be extremely useful when negotiating with any used car seller. At worst, a history report will ease your mind before making a purchase. At best, it will help you get a much better price or dodge a complete scam.

A “stolen” title isn’t as common as mileage fraud or past accidents, but it carries more risk for the buyer. For example, you can even end up in jail after buying a stolen car.  Oh, sure, you didn’t know it was stolen – certainly no one’s ever said that before!

Is there a way to check if a car is stolen?

Yes. Depending on your country, you can check the vehicle’s title and find records locally. You can also get its history report here. It will run through police database records in multiple countries.

Can you check if a vehicle is stolen for free?

Yes and no. You can check if a car was stolen in the U.S. for free. The National Insurance Crime Bureau (NICB) reveals theft records if you enter a VIN into their website. However, they don’t record actions outside the border, which is where many stolen cars come from.

Can I know if a car is stolen by license plate?

It depends on your country. The United Kingdom has its own database that’s accessible by just entering a license plate number. However, license plates can be swapped in a matter of minutes, so checking a car’s history by its VIN makes more sense.

How often are stolen cars found?

Auto insurance claim analysis shows that about 46% of stolen cars are recovered in America. The chance of finding a car depends on how professional the thieves are and how cautiously people buy used vehicles.

A collection of the most-read articles

Checking the real mileage on a used car: how to detect an odometer rollback?
How to check if a car has been in an accident?
Is it easy to fake a VIN number?
So bad it’s good: 10 ugliest cars in the world