Have you seen how scientists visualize viruses? It’s kind of a bubble covered in tumors. Somehow, automotive designers preempted scientists (by a long shot) and began creating bubble-shaped viruses with engines inside.  Micro cars, bubble cars, kei cars - they’re all crimes against the automotive world that we don’t have a vaccine for yet. Here are a few infamous virusmobiles. 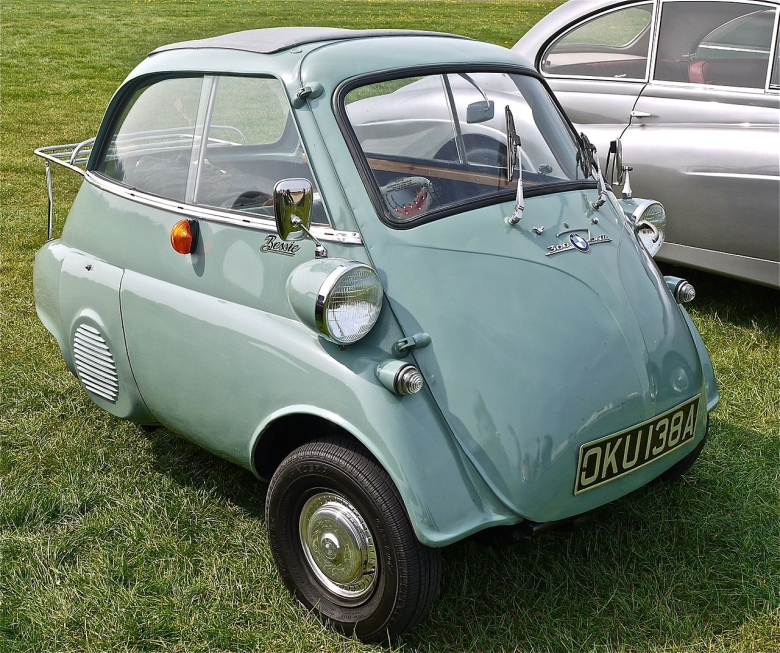 This is the most popular classic bubble car. 160,000 of these monstrosities were sold. The Italians started manufacturing the Isetta in 1953, but they were later bought out by BMW. The Germans apparently enjoyed the idea of a motorized teapot because they kept it around. And how do you motorize a teapot? With a 12-horsepower engine that takes 30 seconds to get from 0 to 50 kmph. The steering wheel was installed in the single front door and the ventilation system began and ended at the moonroof. This car was eventually muscled out by the enormous powerhouse known as the Fiat 500. 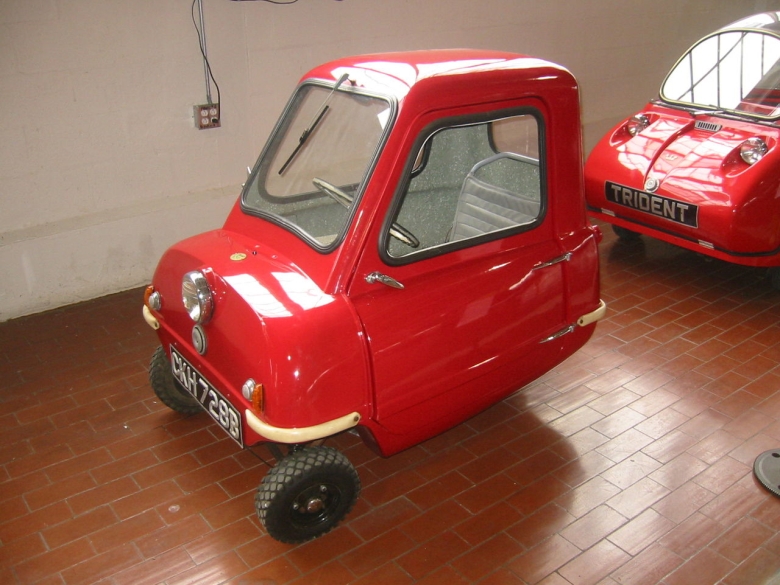 A few years ago, some poor sucker paid about 160,000 for a first-generation Peel P50 at a Sotheby’s auction. Why did someone pay that much for this lemon (if you could even call it that)? 27 are known to currently exist, but 47 were sold. Some say that the little covered tricycle had a huge impact on the automotive industry, but we have our doubts. However, if you would have bought one in 1965, it would have been a better investment than an Aston Martin, a Ferrari, or many other supercars. 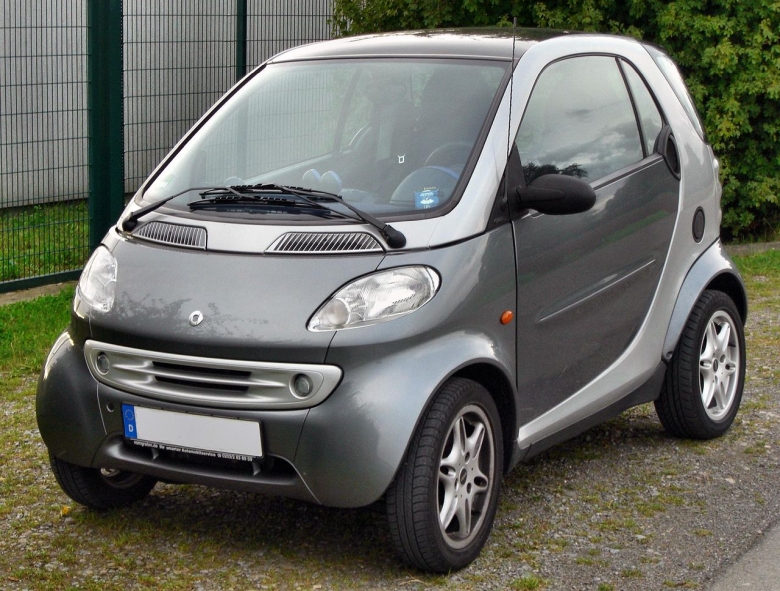 This is the best-known micro car in the world - or at least it should be since 1.7 million people around the world bought one. And that’s before resale. Ever since it was unveiled in 1998, the Smart ForTwo has been enjoyed by people with too much money on their hands (or just with very short legs, I guess?). And make no mistake - the Smart ForTwo is somehow a show-off car because it’s made by Daimler AG and it is expensive. This group has had quite a mixed past when it comes to car design, and it’s safe to say that the Smart ForTwo is when they hit rock bottom. But want to know our favorite part? In some countries, the law forbids parking two of these cars in a single parking space. Smart! 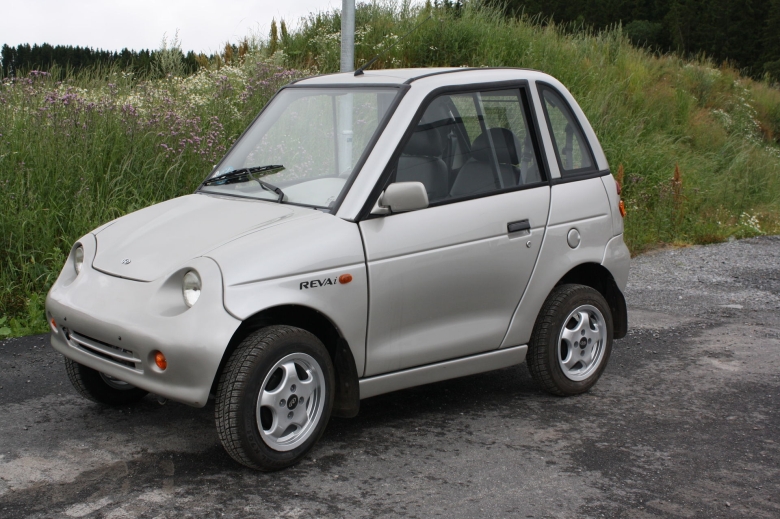 India’s half-flaccid foray into the micro electric car industry has been thrusting onwards for 11 years, but to little avail. They seem to have lost their mojo around 2012 since they sold only 4600 cars by then. I mean, how many days a week do they work over there? Hilariously, they also got dealt a losing hand with automobile classification. It only actually counts as a proper car in the UK. It’s considered a “neighborhood electric vehicle” in the USA and a quad in the EU. 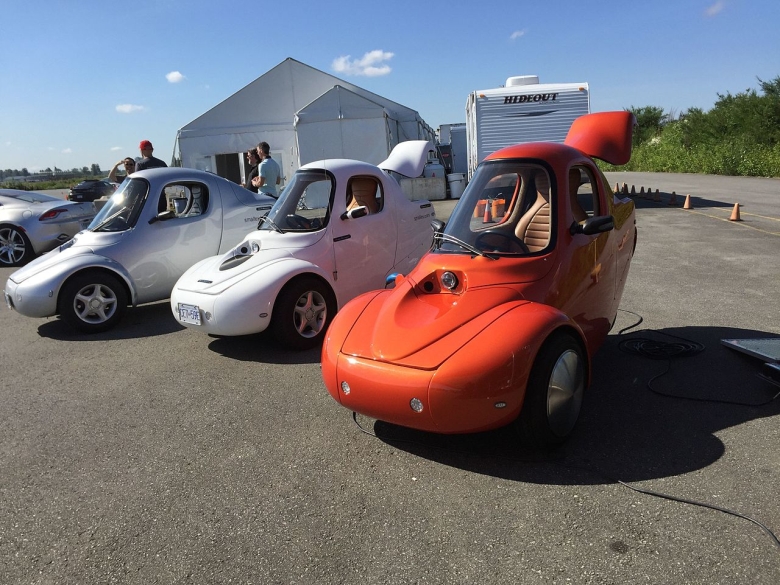 It’s a clog! It’s a baby stroller! No, it’s… WTF? That, my friends, is a personal electric vehicle. It’s been manufactured in the state of Ohio from 1999 to this day. It can travel up to 64 kilometers on a full charge while simultaneously making every attractive woman within eyesight avert her eyes in shame and disgust. Some of this vehicle’s most praiseworthy features include a cigarette lighter and a horn. Light up a cigarette, lean on your horn, and become the local menace you were meant to be. 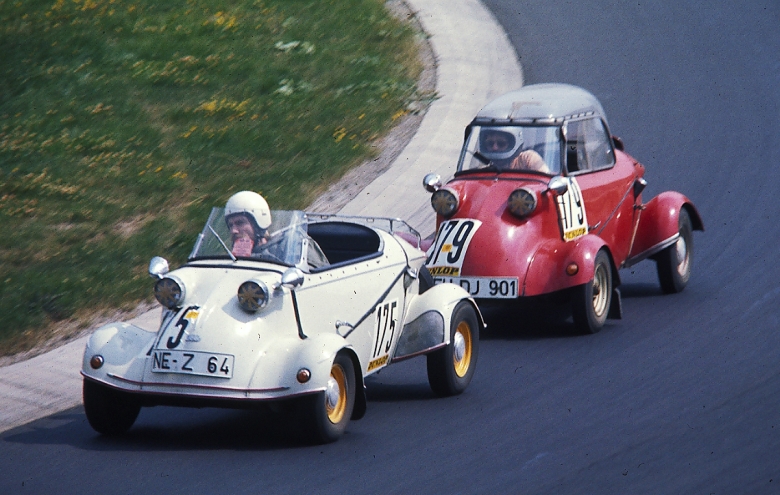 The FMR Tg500 is no less a marvel of German engineering than the Maybach. 320 of these things were sold between 1958 and 1961. Its two-cylinder engine accelerated this clattering pile of tin and glass to 100 kmph over 28 seconds. That’s a lot better than the Isetta, but forgive us for not jumping for joy when I can put up similar numbers on my bicycle (I totally did it last week, I just can’t show you right now because I’m not in the mood). The best part of this car is that the “Tg” in the name stands for “Tiger” (the same way that I sometimes call my lazy fatass cat “Tiger”). They also say that the character of Mr. Crabs from Spongebob Squarepants was inspired by this vehicle. 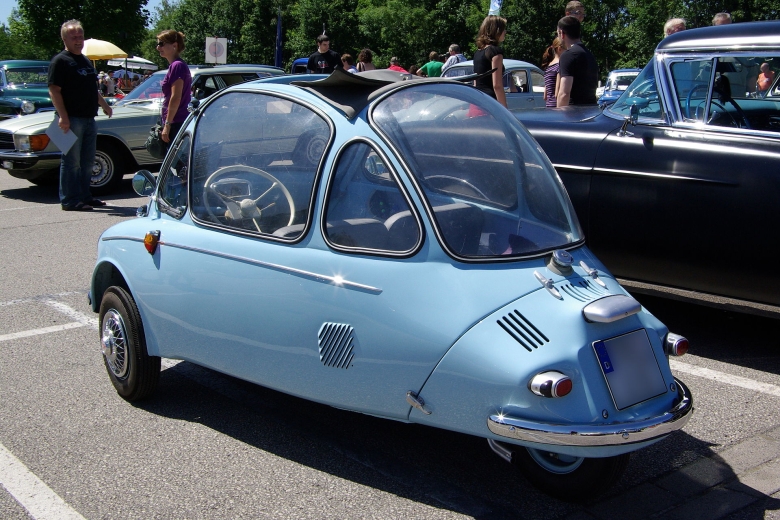 During the second world war, Heinkel produced bombers that delivered death and destruction across Europe. For 20 more years after the war, they tried to do something better with their time, but it doesn’t look like they succeeded if this is all they came up with. One of their projects was a micro car that they started to produce in 1956 called the Heinkel Kabine. We can only assume it was part of the same national German motorized teapot craze that possessed BMW to buy the Isetta. Heinkel failed to make any headway in convincing the rest of the world that motorized teacups weren’t just Germany’s attempt at making a joke, so they sold the rights to Ireland, which is where this project breathed its last.

In 1992-1995, Mazda and Suzuki joined forces to release this. The onset of an economic crisis ensured that only 4,400 were made. Suzuki, of course, made the engine: the 0.6 l engine managed to put out 64 hp thanks to its turbine, and that was enough for a car that weighed only 720 kg. The Autozam AZ-1 is considered the star of the kei-class category, which is what Japanese microcars are known as. And, in true attention-whore fashion, somebody decided that this tiny little bucket of a car needs gull-wing doors. If big gas guzzlers are what poorly endowed men use to compensate, then what are we supposed to think about the man driving a 720 kg gull-wing Autozam AZ-1?