9 hearses that are to die for

You only get one free ride to the graveyard. Why not have a good time doing it? Check out these hearses that will make a dead man’s heart skip a beat! 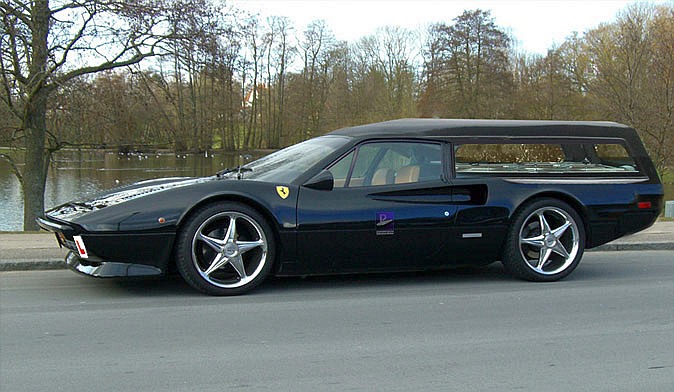 The Ferrari hearse is for anyone who’s in a rush to get to the pearly gates early and impress St. Peter. The Southampton-based funeral ritual company that owns it knows it’s hard to stand out in England and Wales, where about 37 thousand souls shuffle off their mortal coils every month. That’s why they only offer their services to the “wealthy or generally ostentatious.” It actually says that on their site. The Ferrari hearse is “only” £499/hour! 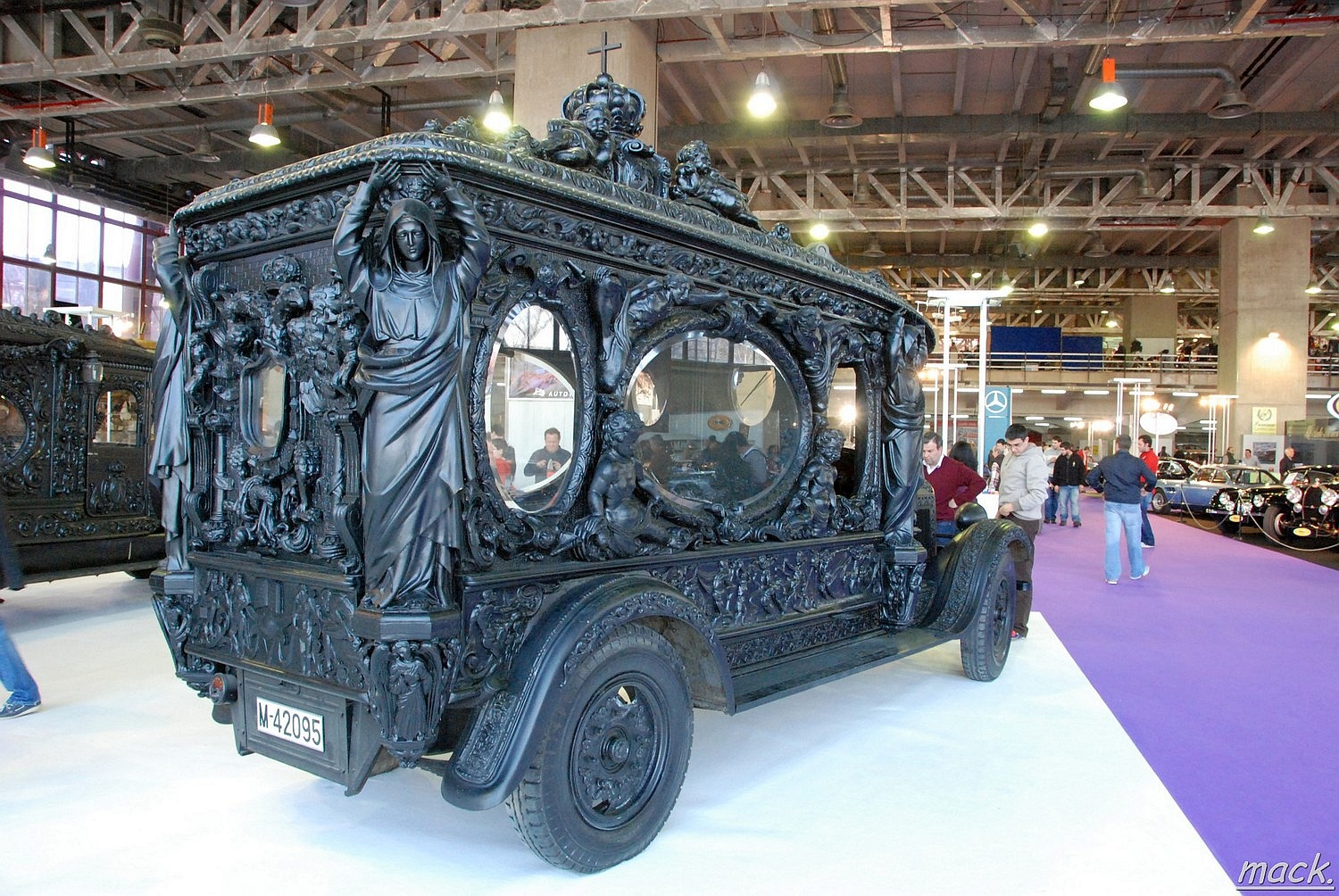 After millions of deaths from World War, I and the Spanish flu, the mayor of Madrid ordered the department of funerals to start producing luxurious hearses. They made a few that would even make Michelangelo blush (he’s quite popular in heaven, you can show him when you get there).  In the photo, we see a mountain of bas-relief and sculpture covering an American Studebaker. Dying has never looked this good.

The death fleet of Saluzzo, a small town in Italy, consists primarily of Mercedes. Some of which are actually electric - when they say “rest in peace”, they mean it. That’s fine and all, but somebody felt the need to make a graveyard express hearse that’ll get you there faster than an Italian can purse their fingers at you and shout “Mamma mia!” The Maserati Ghibli has a twin-turbine 3L V6. Why waste time driving stiffs around in a slower hearse when there’s spaghetti and wine to be enjoyed, right? 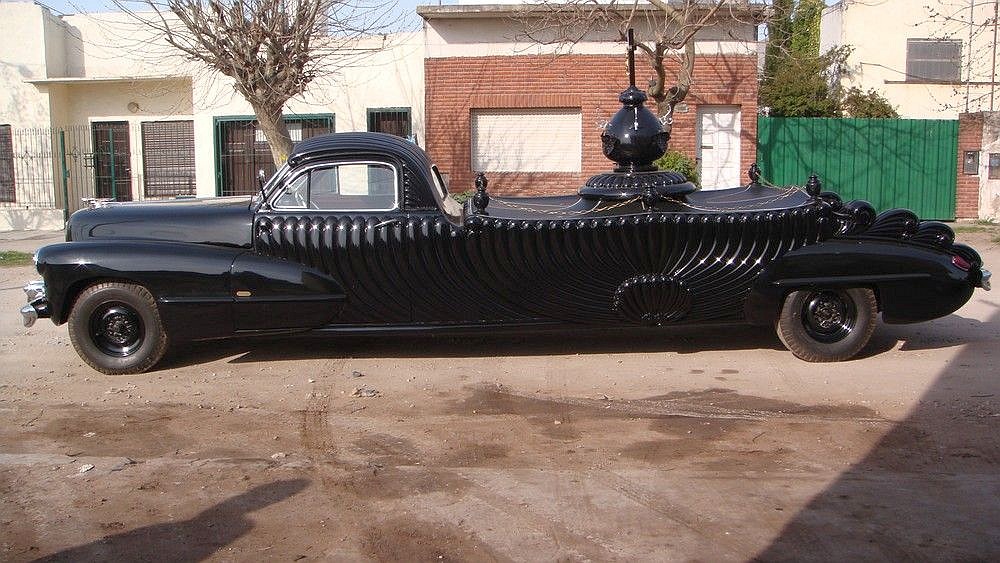 This masterpiece, which looks more like a nouveau-riche swimming pool than a car, was found in an old barn in Argentina. It turns out that the hearse was made by local gearheads during World War II and was given the strange name of “Hermida y Nazzi.” Perhaps they had a premonition that thousands of Nazis would seek refuge in Argentina after the war… Coincidence? Unfortunately, we have no idea how many Nazis may have actually enjoyed their last ride in this hearse. 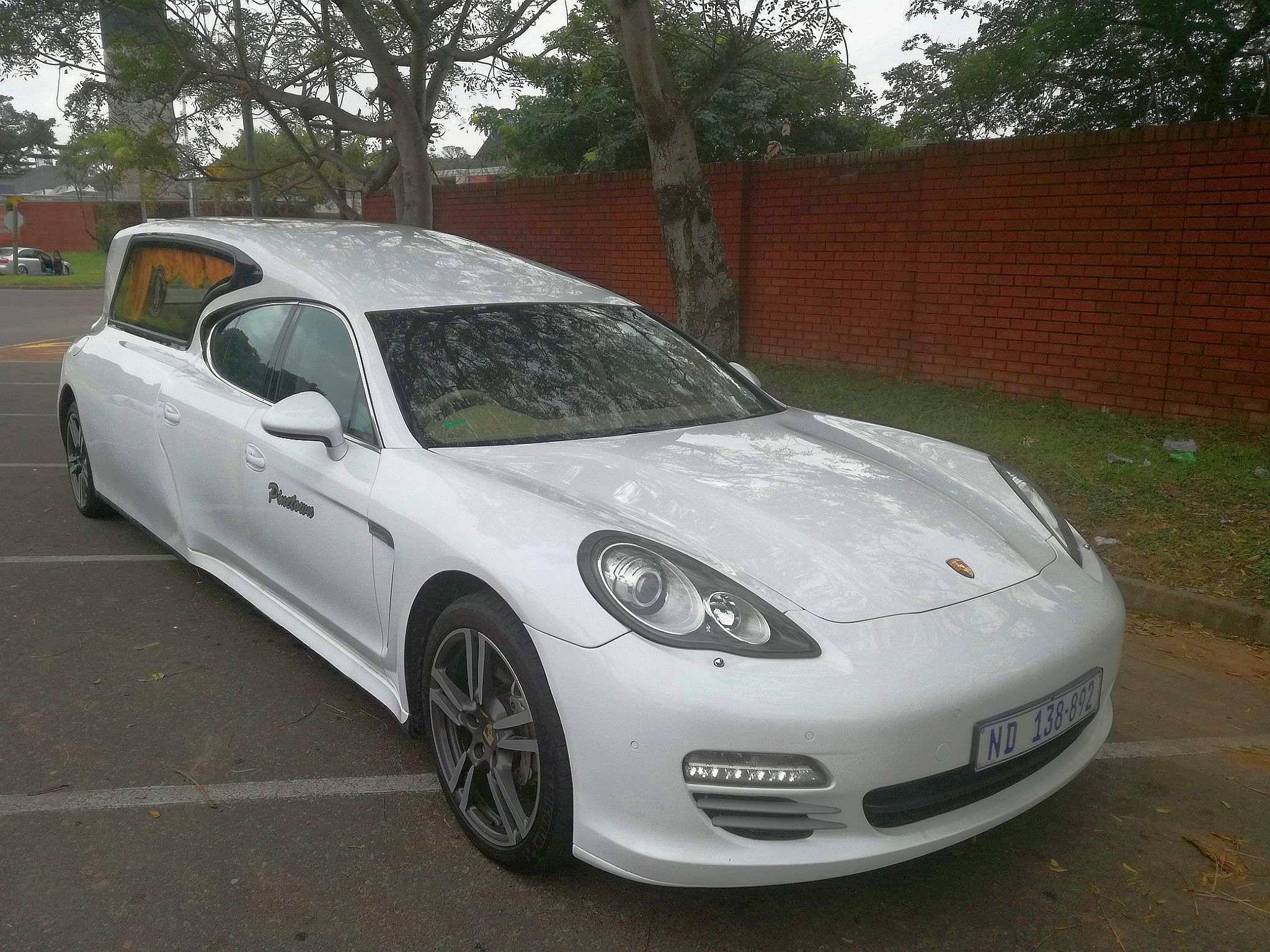 The Republic of South Africa has quite a low GDP, so we’re not sure how they had the cash lying around for such a luxurious hearse. But they did. Last year, this country hosted the Guinness world record for - drumroll, please! - the longest hearse convoy in the world. 111 vehicles participated in the record-breaking procession, and the star of the show was a modified Porsche Panamera. What we want to see now is a Panamera-based rubbish truck. We know you can do it, South Africa - you’ve apparently got both the cash and a healthy appetite for mutilating beautiful sports cars. 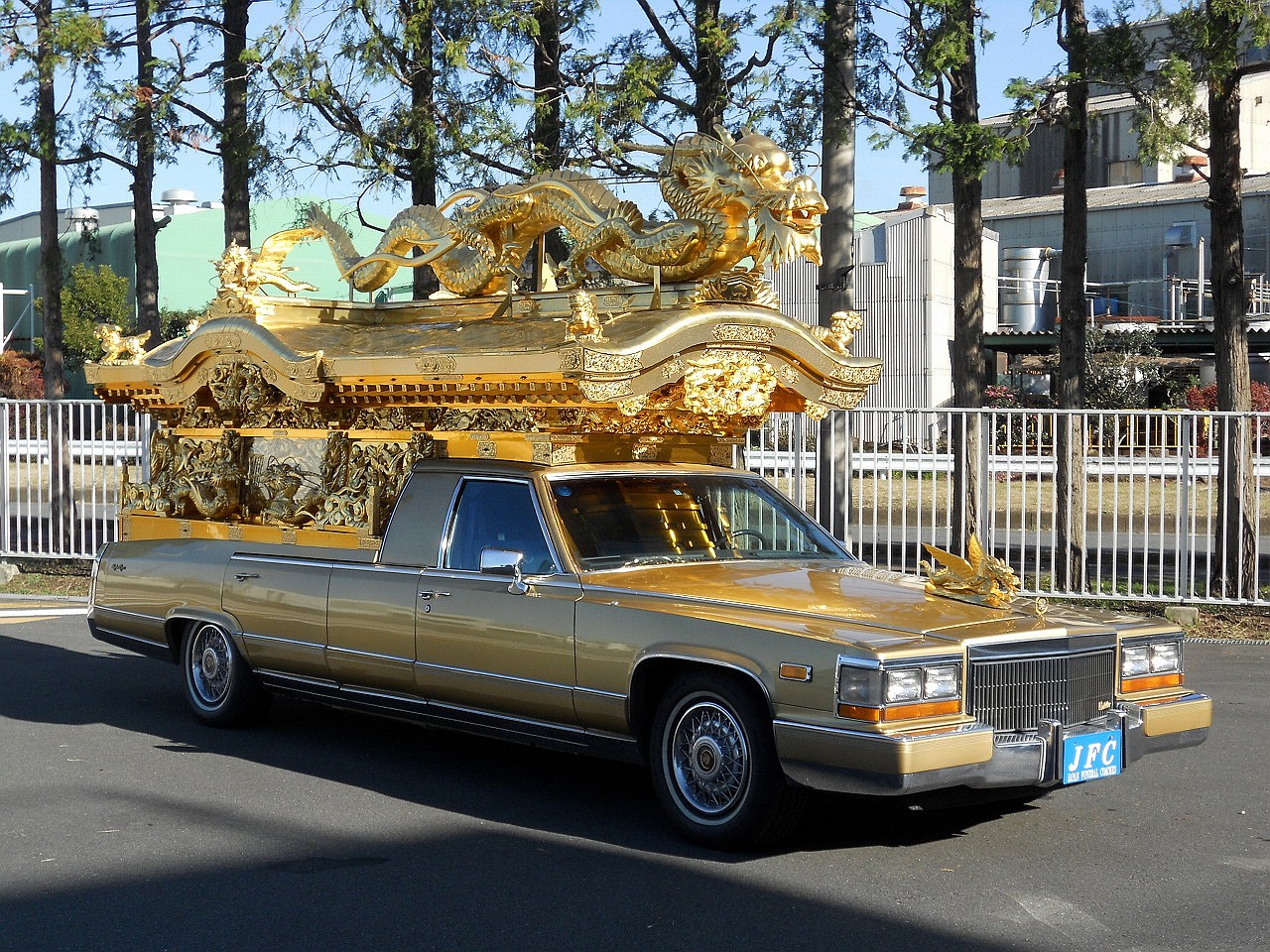 The Japanese, inventors of some of the weirdest stuff on the planet, have a type of hearse they call “miyagata”. This is essentially a small gilded (they have to be gilded) Buddhist shrine mounted on old American classics that hearken back to the heyday of Elvis Presley. During the peak of the miyagata trend, there were more than 2,000 of these contraptions rolling around Japan. Now, however, the Japanese see them as distasteful examples of money well wasted. After exporting them back to the foolish Americans or Australians, there are now 400 or less left. 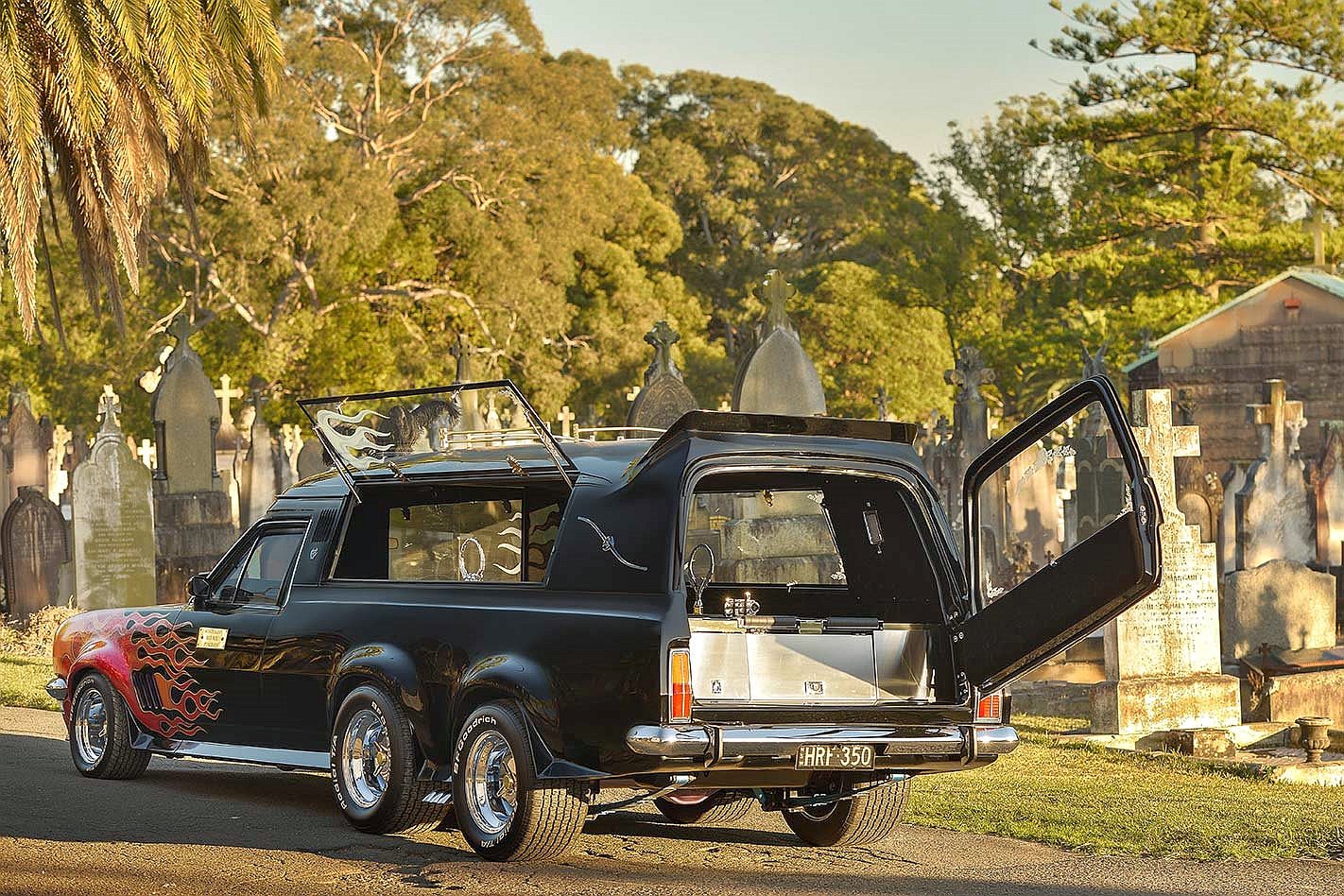 Because America and Australia are filled with people with poor taste, these countries love hot-rods. An Australian named Bruce spent 16 (!) years of his life turning a 1976 Holden into a six-wheeled hot-rod hearse. In addition to the 290 horses under the hood, he also installed an air conditioner so the dead guy in the back doesn’t get too hot under the relentless Australian sun. 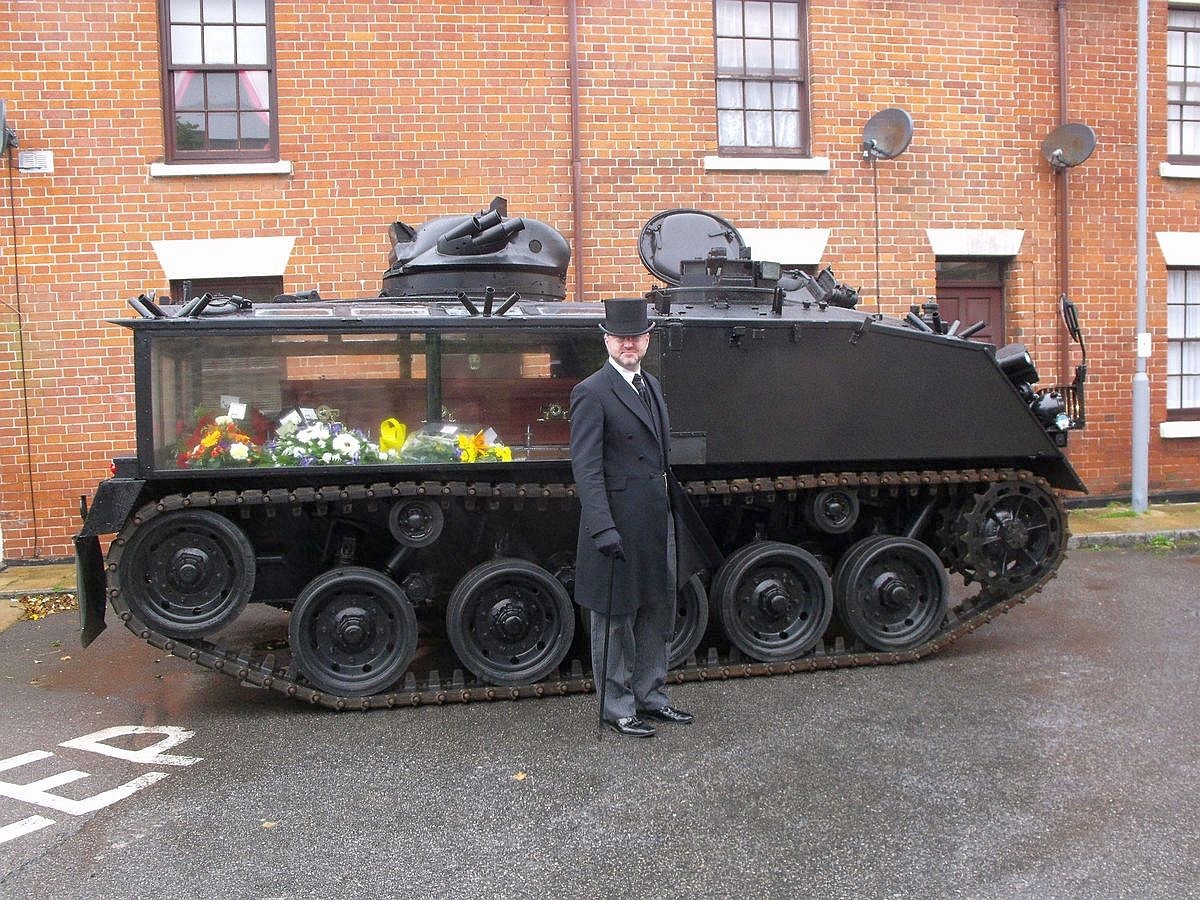 They call this a tank, but that’s also what I called the cardboard box with wheels I had when I was five, so take that with a grain of salt. This is an FV432 APC, an armored personnel carrier still used by the British infantry to this day. Someone found one rusting in the woods, covered in bushes and vines. Now, it’s a hearse for those who want to leave this world looking like generals. Taking your last trip in a tank will cost you (or your sucker relatives) £1500 plus the cost of transporting the tank to the church. But hey, you won’t need all that money in heaven anyway! 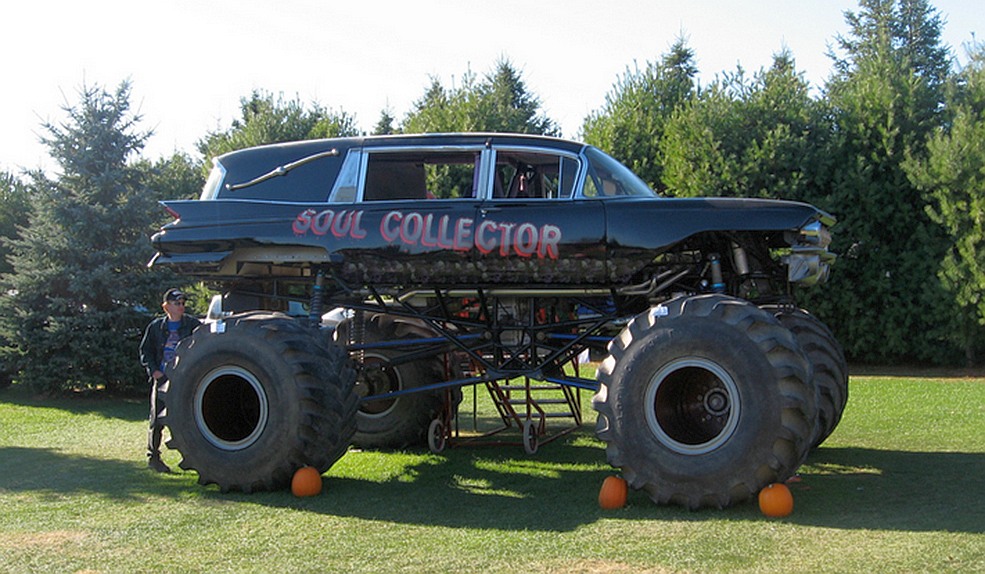